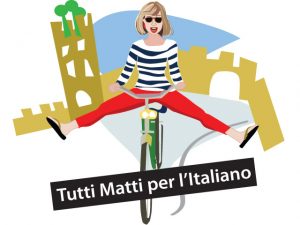 obligations and work commitments; consequently, the opportunity to offer online instruction finds an ideal environment for expansion. There are several strategies available in constructing successful online courses to produce mobile learning, especially for the foreign languages curricula and more specifically for Italian language courses. Although online language course offerings have increased, Italian is still falling behind in respect to other subjects offered at a college level. The scarcity of high-quality models to duplicate, lack of visibility and consideration, and academic incentives, make Italian online instruction still a work in progress rather than a consolidated reality. Some of the challenges revolve around which methodologies to implement, the risk of not utilizing the target language as often as required, and an uneasiness to release control of the classroom environment. Successful activities for language acquisition have proven to be blogs and wikis which stimulate interest, student productivity and activate independent reflective work. Podcasts help with pronunciation, listening and comprehension, facilitate the review of classroom material at anytime and anywhere. Difficulties have been observed within the blackboard platform in the use of the Discussion Board feature which in elementary language courses does not provide enough reflective and meaningful writing material due to the limited language skills of a beginners course.

Excerpt (with modifications) from my article published in 2015