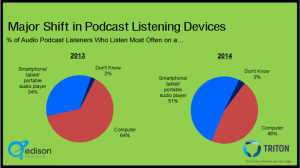 This year (2015) Podcasting Faculty Development Program just wrapped up, and once again it saw the participation of many instructors from various disciplines: History, Biology, Sociology and English. Since I am on sabbatical my colleague and co-coodinator of the program, Dr. Moronke Oshin-Martin, lead the entire workshop with great success. She told me that faculty feel very excited when they come to the training since they will be able to “enhance their teaching and student learning”. BCC is proud to be one of the few campus across the US where this kind of training takes place. We are proud to contribute to the revival that podcasts have seen in the last two years. In fact, according to the online magazine” Maximize social business”, “46 million Americans over the age of 12 now listen to podcasts on a monthly basis. That’s 17% of the 12+ US population, up from 12% in 2013.” In general, podcasts listeners tend to have college degrees (24%) compared to the 10% of those who listen to podcast every week without a college degree, according to the magazine.

I am compelled to share with you the latest work of a colleague at Bronx Community College. Jeff Talman teaches in the Art and Music Department and just this week he wrote a piece, “Birds of New York: A Soundscape”, on the New York Times. The article features his latest installation at Columbia University’s Chapel, the orchestration of the recordings of birds’ sounds. His attraction to these sounds began when he was student at Columbia University and the idea of replicating it was a project that had been twirling in his mind for quite some time. But more than that, Talman claims that he always felt that music is not just made inside a room, but that there is a lot of musicality in the natural environment, “Flight and music both represent freedom from earthbound restraint. But music is even more intangible; music is made of the air, the medium of flight, the ether between us. Music is made of the sky.” He began with an installation that features the sounds of 102 species of birds which were made available by the Cornell Lab of Ornithology, which has the largest collection. After a masterful “manipulation” of these sounds, Talman was able to achieve “a kind of spatial chamber music as performed by virtuosos and sung by some of the world’s greatest sopranos.”

Here is the link to this wonderful piece of music, art, and composition.

Have you ever recorded sounds of birds or any other sound found in nature? If so please post your work on the comment feature. 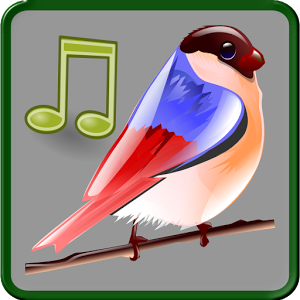 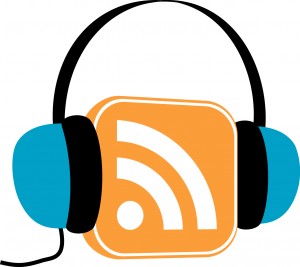 Invitations were sent out to common citizens to record city sounds then the chosen tracks were selected for display on this virtual sound museum. One of our BCC faculty, WI Coordinator Lynne Ticke, professor of psychology, responded to the call.  Her podcasts were selected among others to be broadcast to the NY Community for all of us to enjoy. Dr. Ticke interest in sound installations was also parallelled with her academic interests. In fact, in Summer 2001, she enrolled in the Summer Podcasting Workshop and has been recording ever since. Check all of the winners and their street sounds. A true gift indeed ! 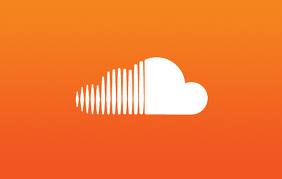